A physical copy of this book was kindly provided by Raincoast Books, in exchange for an honest review.

At seventeen, Norah has accepted that the four walls of her house delineate her life. She knows that fearing everything from inland tsunamis to odd numbers is irrational, but her mind insists the world outside is too big, too dangerous. So she stays safe inside, watching others’ lives through her windows and social media feed.

But when Luke arrives on her doorstep, he doesn’t see a girl defined by medical terms and mental health. Instead, he sees a girl who is funny, smart, and brave. And Norah likes what he sees.

Their friendship turns deeper, but Norah knows Luke deserves a normal girl. One who can walk beneath the open sky. One who is unafraid of kissing. One who isn’t so screwed up. Can she let him go for his own good—or can Norah learn to see herself through Luke’s eyes?

I wish that I had read this book last year! Right when it came out. Maybe even before it came out! But the ARC took a little longer to get to me, and by the time it was in my hands, I had already started drowning in what had been my reading schedule for the rest of 2017. I’m glad though, that I managed to read this book now, and just in time for the paperback release too (it was released today)!

Where to begin? Going into this read, I knew that the main character, Norah, suffered from agoraphobia and some other things. The synopsis is intriguing, and promises some cuteness. Of course, there is nothing cute about mental health though, and this book was a real eye-opener for me. I’ve suffered from anxiety over the years, but this book made me realize just how good I have it, though! Norah suffers so much (she has anxiety, OCD, and agoraphobia!) and it really broke my heart to read about her struggles. But I also learned a lot. Under Rose-Tainted Skies really gave me perspective.

Norah became very dear to me before I even made it halfway into the book (something which is rare for me, particularly with female characters, and especially when the book is written in the first person). But I became so invested in her, and her life, and her future, and how things would go with Luke. The love plot in this book made the romantic in me very very happy. And I absolutely loved Luke, and his interactions with Norah. I could go on and on about them, but I don’t want to spoil anything, so I’ll cut myself off there. I really liked Norah’s mom too. She was lovable and just a great mom, I think. The other characters were also quite fleshed out, even though they were minor, and I’ll remember all of them for quite some time.

The plot surpassed my expectations! I went in thinking that I’d read a fluffy contemporary novel with bits about mental health peppered in. But no, this was an intense rollercoaster ride of emotions, and I devoured the whole book in under 24 hours! It was quite dark at times, eye-opening (I’ve probably said that a million times already), and just entertaining overall. This book as not predictable (which is always something that I appreciate), and ugh, it was just really good. I also enjoyed the writing, and the humour mixed in with the darker subject matter (and how Norah’s character just really shone through the writing). I highly recommend Under Rose-Tainted Skies to all contemporary readers!

Louise Gornall is YA aficionado, film nerd, junk food enthusiast, and rumored pink Power Ranger. Under Rose-Tainted Skies is her first novel, and she can be found on Twitter at @Rock_andor_roll. She lives in England 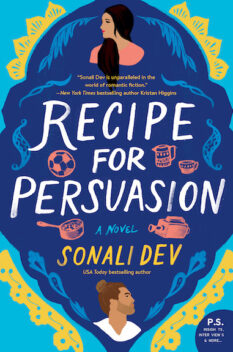