A physical copy of the book was kindly provided by the publisher, in exchange for an honest review.

Summary: In an unnamed country at the beginning of the last century, a child called Pavla is born to peasant parents. Her arrival, fervently anticipated and conceived in part by gypsy tonics and archaic prescriptions, stuns her parents and brings outrage and scorn from her community. Pavla has been born a dwarf, beautiful in face, but as the years pass, she grows no farther than the edge of her crib. When her parents turn to the treatments of a local charlatan, his terrifying cure opens the floodgates of persecution for Pavla.

Little Nothing unfolds across a lifetime of unimaginable, magical transformation in and out of human form, as an outcast girl becomes a hunted woman whose ultimate survival depends on the most startling transfiguration of them all.  Woven throughout is the journey of Danilo, the young man entranced by Pavla, obsessed only with protecting her.

Part allegory about the shifting nature of being, part subversive fairy tale of love in all its uncanny guises, Little Nothing spans the beginning of a new century, the disintegration of ancient superstitions, and the adoption of industry and invention. With a cast of remarkable characters, a wholly original story, and extraordinary, page-turning prose, Marisa Silver delivers a novel of sheer electricity.

This book is simply magical. Little Nothing being the first Marisa Silver book that I’ve read, I was completely taken by surprise by her attention-grabbing style. Her tone is blunt, and filled with little anecdotes and literary flourish, and I enjoyed it completely. 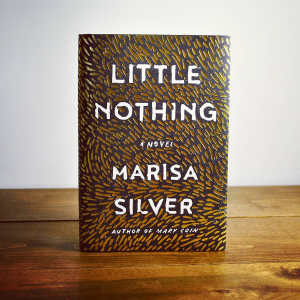 The opening chapter perfectly set the story’s setting, and also introduces readers to some of Silver’s more blunt wording. I found that this was ideal, because readers would know
immediately if they can handle the more crude portions of the story. The first chapter was also very attention-grabbing. I remember that I was originally only going to read a page or two before going to bed, but then suddenly found myself 50 pages into the book.

This, then, happened to me every time I opened the book. I did not exaggerate in the least, when I labeled this book as spellbinding, because I was put under its spell every time that I opened it.

The language was satisfying to me as a reader, as well as an intellectual, and I really enjoyed some of Silver’s turns of phrase (I will have to add a number of quotes from this book to my list of favourites). I found Silver’s style of storytelling to be direct and fearless, and I reveled in the blunt honesty with which the story of Pavla, Danilo, and others was told.

And speaking of Pavla, Danilo, and the others, I thought the characters to be very vibrant and memorable. They were also unbelievably realistic, despite the fairytale-style setting in which their stories played out.

These characters will stay with me for quite some time, as I know that I will find myself thinking back on them, their situations, and how some things could have come about, or how they would have or should have gone. Many a time, I found myself either cheering a character on, for making the right decision, or chastising another character for making a wrong one.

Little Nothing was thoroughly enjoyable, but I need to address why, then, it is that I gave it a rating of 4 out of 5, rather than 5 out of 5. And the only manner in which I can do this without spoiling the story, is to say that I found the story to drag a little in the second half of the book, and I became a little frustrated with some of the things taking place, while I was wondering about other parts of the story. I was also surprised, as well as disappointed in how the story ended. This is a personal preference, however, and I know that others may enjoy this book all the more for how it ends.

Overall, this book was a fascinating and gripping read! Highly recommended! 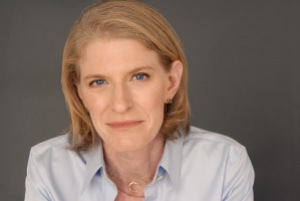 Marisa is the author of the novel Little Nothing, published in September, 2016. Her other novels include Mary Coin, a New York Times Bestseller and winner of the Southern California Independent Bookseller’s Award. The God of War, which was a finalist for the Los Angeles Times Book Prize for fiction, and No Direction Home. Her first collection of short stories, Babe in Paradise, was named a New York Times Notable Book of the Year and was a Los Angeles Times Best Book of the Year. When her second collection, Alone With You, was published, The New York Times called her “one of California’s most celebrated contemporary writers.” Silver made her fiction debut in The New Yorker when she was featured in that magazine’s first “Debut Fiction” issue. Her fiction has been included in The Best American Short Stories, the O. Henry Prize Stories, as well as other anthologies.

THANK YOU FOR READING MY REVIEW! HAVE YOU READ Little Nothing BY Marisa Silver? WHAT DID YOU THINK? AND IF YOU HAVEN’T READ IT YET, DO YOU WANT TO, OR NOT? HOWCOME?

LET ME KNOW YOUR THOUGHTS IN THE COMMENTS BELOW!

2 thoughts on “Little Nothing by Marisa Silver [Review]”