A physical copy of this book was kindly provided by Raincoast Books, in exchange for an honest review.

A heart to protect. A debt to repay. A game to win.

After being swept up in the magical world of Caraval, Donatella Dragna has finally escaped her father and saved her sister Scarlett from a disastrous arranged marriage. The girls should be celebrating, but Tella isn’t yet free. She made a desperate bargain with a mysterious criminal, and what Tella owes him no one has ever been able to deliver: Caraval Master Legend’s true name.

The only chance of uncovering Legend’s identity is to win Caraval, so Tella throws herself into the legendary competition once more—and into the path of the murderous heir to the throne, a doomed love story, and a web of secrets…including her sister’s. Caraval has always demanded bravery, cunning, and sacrifice. But now the game is asking for more. If Tella can’t fulfill her bargain and deliver Legend’s name, she’ll lose everything she cares about—maybe even her life. But if she wins, Legend and Caraval will be destroyed forever.

Welcome, welcome to Caraval…the games have only just begun.

For some reason, I expected the second book in the Caraval series, Legendary, to take place on the same island as the first book. I looked forward to learning more about that particular place, since I find that there could have been a lot about it that could have been unveiled. I am however happy that we got the different setting too! We learned more about the world as a whole; some of its other locations, some of its history, more about the upper and lower classes of the world. I just really enjoyed diving back into the world of Caraval, and learning more about it! I also really enjoyed the descriptions used throughout the book, and just the overall imagination that went into the setting, the fashion, the foods, and everything else! Legendary was like a feast for my inner eye/eyes! I read the end of Caraval while on a road trip and while I was very sleep deprived, so I couldn’t quite remember how things ended (until I re-read the last few chapters), and had therefore forgotten about how there were hints that Legendary would be told from the POV of, and about, Donatella (Scarlett’s sister)!

In Caraval, since we experienced everything through Scarlett’s perspective, I found that I didn’t really like Tella because of what she put her sister through. But, after reading Legendary, I actually find that I like Tella more than Scarlett! In both books, I found that the sisters were both being silly for keeping secrets from one another (since my sister and I are very close and trust each other). I wish that I had seen more of some of the characters from Caraval, but was also happy to learn more about the characters from Caraval that did make more of an appearance, as well as the characters that were new to the story in Legendary. Since I’m a great fan of tarot cards as well as detailed histories for fantasy worlds, I was also a great fan of the Fates! I won’t say any more though, because spoilers! I will say, however, that I recommend this book, and this series as a whole, to those who like to be swept away by mysterious fantasy worlds, like a good game and mystery, and who also enjoy a good dose of romance in their books!

From Stephanie Garber‘s webiste: I’m the international and New York Times bestselling author of Caraval. When I’m not writing, I teach creative writing at a private college in Northern California, where I’ve been known to turn assignments into games and take students on field trips that involve book signings. To help pay my bills during college, grad school, and the breaks in between, I worked as a barista, a waitress, a bartender, a customer service representative for an energy consulting company, and as a sales girl at Bath and Bodyworks. I also spent years working with youth; I worked as a counselor at space themed summer camp, volunteered at a school for deaf children in Mexico, and I took multiple groups of college students overseas to spend their winter vacations serving at youth hostels in Amsterdam. But out of everything that I’ve done, writing young adult novels has been my favorite job. My debut YA fantasy novel, Caraval is out now (Flatiron Books/Macmillan—US and Hodder & Stoughton—UK). Caraval has sold in thirty foreign territories and the movie rights were picked by Twentieth Century Fox. 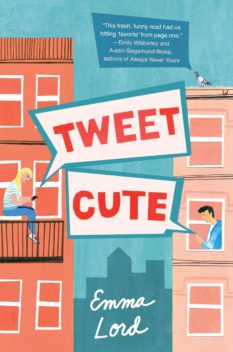