Physical copies of this book was kindly provided by the publisher  and Indigo Books & Music in exchange for an honest review.

Note: This book is part of a series, so there may be spoilers for a previous book/books in the synopsis below.

Two teens fight for their lives after an alien invasion in this heart-stopping follow-up to Zero Repeat Forever.

Humans. Clones. Aliens. No one is safe anymore. It’s the end of the world.

Xander Liu survived the alien invasion—just barely. For more than a year, he has outsmarted, hidden from, and otherwise avoided the ruthless intruders, the Nahx, dodging the deadly darts that have claimed so many. When the murder of his friend leaves him in the protective company of August, a rebellious Nahx soldier, Xander is finally able to make his way back to human controlled territory and relative safety. But safety among the humans is not what it seems.

When Raven awakes on a wide expanse of snowy sand dunes, she has many questions. What has happened to her and the other reanimated humans gathered around her? What is the meaning of the Nahx ships that hover ominously above them? And most pressing of all, where is August, who promised to keep her safe?

In the shadow of an unforgiving Canadian winter, Xander and Raven find themselves on opposite sides of an alien war. Left with little choice about their roles in the looming battle, they search for answers and allies all while being drawn back to the place where their respective fates were determined, and to the one who determined them: August.

I read the first book in this series, Zero Repeat Forever, back in 2017 and absolutely loved it (you can read my five-star review here)! I’ve also been waiting for the sequel ever since. And the wait was a bit longer than is usual between books (i.e. 2+ years rather than 6 months to 1 year) and it drove me just a little bit crazy. Especially considering how the first book ended, I needed Cold Falling White ASAP so that I could see what was going to happen next. And let me tell you, once I did get my hands on Cold Falling White, I was surprised by the turn events…

There was a bit of a disconnect between the end of the first book and the start of the second and I wasn’t sure if it was because the wait was a bit longer between books and I just couldn’t properly remember what happened at the end of Zero Repeat Forever…but I checked a summary of what happened and it turns out that it was the choice of the author to start the second book how and where she did. Once I figured that out, I was better able to immerse myself in the story. And by the end of the book, I did realize that Zero Repeat Forever is still my favourite, but that I found the way the story developed to be very interesting and that I’m still committed to the story and the series as a whole!

Gabrielle S. Prendergast is a writer, teacher and designer living in Vancouver, Canada.  She is represented by Barbara Poelle at the Irene Goodman Literary Agency. In 2014 she was the Writer in Residence at Vancouver Public Library. In 2015 she was nominated for the BC Book Prizes and chosen to tour the province to promote BC Books. In 2017 Gabrielle took part in the TD Canada Children’s Book Week Tour. 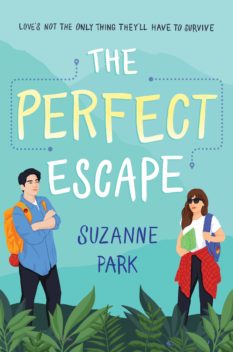