A girl who can speak to gods must save her people without destroying herself.

A prince in danger must decide who to trust.

A boy with a monstrous secret waits in the wings.

Together, they must assassinate the king and stop the war.

In a centuries-long war where beauty and brutality meet, their three paths entwine in a shadowy world of spilled blood and mysterious saints, where a forbidden romance threatens to tip the scales between dark and light. Wicked Saints is the thrilling start to Emily A. Duncan’s devastatingly Gothic Something Dark and Holy trilogy.

On the edge of town a beast haunts the woods, trapped in the Gray, its bonds loosening…

Uprooted from the city, Violet Saunders doesn’t have much hope of fitting in at her new school in Four Paths, a town almost buried in the woodlands of rural New York. The fact that she’s descended from one of the town’s founders doesn’t help much, either—her new neighbours treat her with distant respect, and something very like fear. When she meets Justin, May, Isaac, and Harper, all children of founder families, and sees the otherworldly destruction they can wreak, she starts to wonder if the townsfolk are right to be afraid.

When bodies start to appear in the woods, the locals become downright hostile. Can the teenagers solve the mystery of Four Paths, and their own part in it, before another calamity strikes?

When true love is shattered by tragedy—how much would you risk to save it all?

When Aggi Frank and Max Granger finally admitted their feelings for each other last December, it felt like love was beautiful and endless… until it wasn’t.

A fatal car accident involving their older siblings throws their lives into sudden chaos. And with a restraining order now in place between the two bitter households, Aggi and Max’s love runs cold. Being together again seems like a distant fantasy, even though they share the same driveway.

Still, Plum Lake is a small town, and staying apart can’t last forever. Aggi and Max eventually reunite at a lake-house party hosted by a mutual friend and break the ice after a year of silence. But just as they begin to rebuild their relationship, the unthinkable happens when Aggi’s little sister, Grace, ﬂees from home after their father spirals into a ﬁt of rage. With a support system of friends close by, Aggi and Max must confront each other and their families in the hopes of mending all the broken pieces.

Perfect for fans of Jennifer Niven and Nicola Yoon, Brenda Rufener’s (Where I Live) second heartbreaking and uplifting novel captures the ups and downs of star-crossed lovers in the face of unimaginable grief, the fragile balance of their family relations, and the rocky journey to healing, peace, and forgiveness.

Two girls use forbidden magic to fly and fight–for their country and for themselves–in this riveting debut that’s part Shadow and Bone, part Code Name Verity.

Seventeen-year-old Revna is a factory worker, manufacturing war machines for the Union of the North. When she’s caught using illegal magic, she fears being branded a traitor and imprisoned. Meanwhile, on the front lines, Linné defied her father, a Union general, and disguised herself as a boy to join the army. They’re both offered a reprieve from punishment if they use their magic in a special women’s military flight unit and undertake terrifying, deadly missions under cover of darkness. Revna and Linné can hardly stand to be in the same cockpit, but if they can’t fly together, and if they can’t find a way to fly well, the enemy’s superior firepower will destroy them–if they don’t destroy each other first.

We Rule the Night is a powerful story about sacrifice, complicated friendships, and survival despite impossible odds. 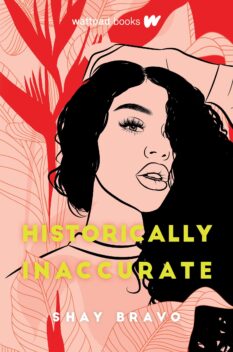