In a continent on the edge of war, two witches hold its fate in their hands.

Young witches Safiya and Iseult have a habit of finding trouble. After clashing with a powerful Guildmaster and his ruthless Bloodwitch bodyguard, the friends are forced to flee their home.

Safi must avoid capture at all costs as she’s a rare Truthwitch, able to discern truth from lies. Many would kill for her magic, so Safi must keep it hidden – lest she be used in the struggle between empires. And Iseult’s true powers are hidden even from herself.

In a chance encounter at Court, Safi meets Prince Merik and makes him a reluctant ally. However, his help may not slow down the Bloodwitch now hot on the girls’ heels. All Safi and Iseult want is their freedom, but danger lies ahead. With war coming, treaties breaking and a magical contagion sweeping the land, the friends will have to fight emperors and mercenaries alike. For some will stop at nothing to get their hands on a Truthwitch.

I’d been meaning to read this book since mid-2016, and I’m so glad that I finally did! This book will definitely be one of my favourite fantasy books of all time. The world is easy to imagine and lose oneself in, the characters are complex and memorable, and I found the magic system to be unique as well as easy to understand only a few chapters in.

The writing was good overall! Although there were some phrases here and there which I found a little awkward, it was not enough for me to be distracted from the story. The descriptions are detailed without going overboard, and when things were not explicitly described, readers would get a sense of them (whether locations, or people) simply from how the story or other characters interacted with them. Never once did I have a hard time imagining a the appearance of a character or place.

I really enjoyed the dialogue, particularly when Safiya was involved, and there was never any awkwardness in wording. Nor were there any unnecessarily long conversations or lectures from any one character.

The various settings, as well as the overall geography of this world was easy to grasp and imagine, and one can tell that a good amount of research was put into ships and what they are made of (various parts) and what is done on said ships and parts. The sea voyages felt very realistic and were a lot of fun to read, as were the action scenes. Fighting scenes, which I know to be difficult to write, seem to have been written with ease, and were in turn read and understood with ease. 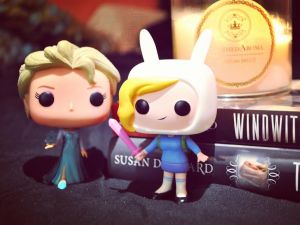 The plot as a whole has me very intrigued and wanting to learn more, and I also liked every single one of the multiple sub-plots. I especially appreciated that a lot of focus was placed on friendship while there was also romance present. This book proves that it is possible to have both, while also having a coherent and engaging story. It also proves that it is possible to stay close to ones friends, in real life also, while pursuing or being with one’s love interest.

Overall, such a great adventure! I finished this book late in the night, reading and flipping the pages as fast as I could. And when I finished, I dove right into book 2 until my eyes refused to stay open. Highly recommended!

Susan Dennard has come a long way from small-town Georgia. With a masters degree in marine biology, she got to travel the world—six out of seven continents, to be exact (she’ll get to Asia one of these days!)—before she settled down as a full-time novelist and writing instructor. She is the author of the Something Strange and Deadly series (from HarperTeen) as well as the Witchlands Series (Tor). When not writing, she can be found hiking with her dogs, exploring tidal pools, or earning bruises at the dojo. You can learn more about Susan on her website, blog, newsletter, Twitter, or Pinterest.