Thank you so much for Beware the Reader for tagging me to complete this tag, and also thank you to Krysti @ YAandWine for launching this awesome and fun tag! I also really like the quote which Beware the Reader took from Krysti’s original post:

“It is so important for everyone to see examples of strong women in books, television, and movies.

There are so many ways in which women exhibit strength, so this tag is meant to be a celebration of some those strengths.”

and agree with both of them entirely! The rules are as follows:

And now without further ado, here I go!

Safiya and Iseult from Truthwitch, Gauri from A Crown of Wishes!

– Girls Who Fight With Their Mind –

Maya from The Star-Touched Queen, and Isabelle from Spindle Fire!

– Girls Who Fight with Their Heart –

Cinder from Cinder, Feyre from A Court of Thorns and Roses, A Court of Mist and Fury, and A Court of Wings and Ruin (although I haven’t yet finished the 3rd book)!

– Girls Who are Trained Fighters –

Kalinda from The Hundredth Queen, and Ladislav from And I Darken and the upcoming sequel Now I Rise!

Dimple from When Dimple Met Rishi, and Ada from Iron Cast!

– Girls Who Fight to Survive –

Nemesis from The Diabolic and the upcoming sequel The Empress, and Liesle from Wintersong!

– Girls Who Are Weapons Masters –

Mia from Nevernight and the upcoming sequel Godsgrave, Hazel from The Darkest Part of the Forest, and Katniss from The Hunger Games Trilogy!

Kate from This Savage Song and Our Dark Duet, and Vivia from Windwitch!

Hermione from the Harry Potter Series, and Alina from the Shadow and Bone Series!

Agnes from Rebels Like Us, Charlie and Taylor from Queens of Geek, Desi from I Believe in a Thing Called Love, and Elle from Geekerella!

Ladislav from And I Darken and the upcoming sequel Now I Rise, and Feyre from A Court of Thorns and Roses, A Court of Mist and Fury, and A Court of Wings and Ruin!

– Most Anticipated Book with
a Strong Leading Lady – 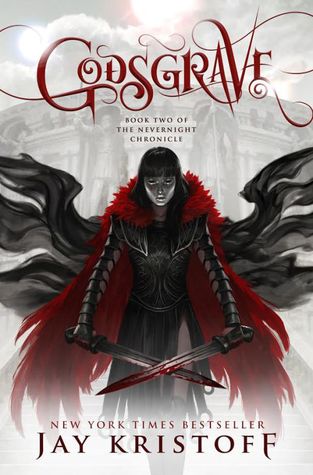 0 thoughts on “Fight Like a YA Girl Book Tag”